分享
Foreign Minister Jaushieh Joseph Wu accepted a copy of the credentials of Promise Msibi, new ambassador of Kingdom of Eswatini to the ROC (Taiwan), while exchanging views on a range of issues pertinent to bilateral relations, according to the Ministry of Foreign Affairs May 24.

Wu, who extended a warm welcome to Msibi, said Taiwan-Eswatini ties are going strength from strength. Eswatini’s long-standing support for Taiwan’s participation in international organizations is deeply appreciated by the government and people, he added.

The minister also took the opportunity to exchange views with Msibi on the two sides’ cooperation in areas spanning agriculture, culture, education, information and communications technology, medical care, public health, and trade, as well as issues such as maintaining peace and stability across the Taiwan Strait.

In response, Msibi conveyed the gratitude of King Mswati III for Taiwan’s assistance in various projects benefiting the people of Eswatini. The ambassador said he is committed to expanding collaboration while deepening friendship between the two countries going forward.

In a tweet on its official Twitter account, the MOFA said: “Minister Wu was pleased to meet with Promise Msibi & accept the copy of his credentials as #Eswatini’s ambassador to #Taiwan. We wish our friend from #Africa all the best & look forward to cooperating closely in strengthening bilateral ties across a broad spectrum of areas.”

According to the MOFA, Msibi has previously served as Eswatini’s ambassador to Ethiopia and the African Union. 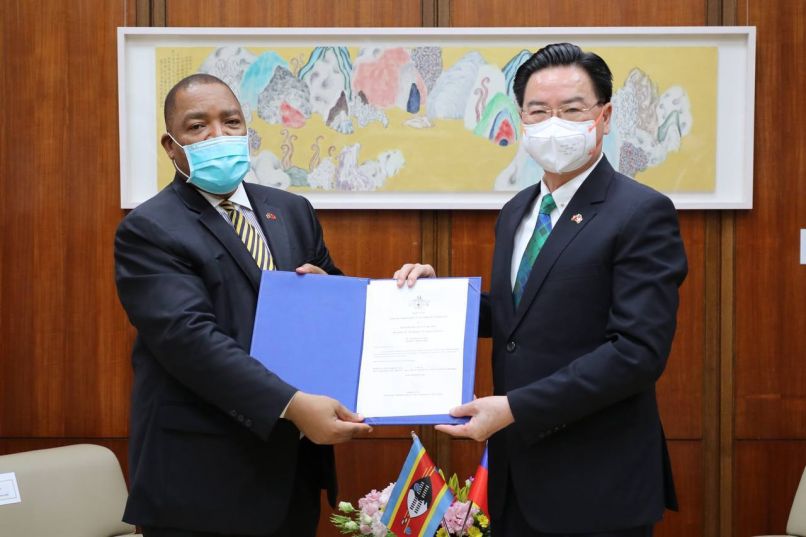